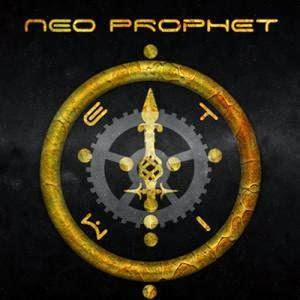 Their 2009 debut album Monsters got some very good reviews in ProgArchives and I thought it was a good idea to check out the follow up album when I got the chance. I had to wait for a long time, though. Six years.

The band is a quartet where two members is also members of Quantum Fantay. That is another great band from Belgium. The instruments lineup is guitars, bass, drums, keyboards and vocals. English vocals, that is. Male vocals, too.

We are again walking around in the neo-prog land. A pretty big and wide scene, these days. Some neo-prog is pretty epic, some is a bit avant-garde and some bands in the neo-prog genre is very melodic.

You can add Neo Prophet to the last batch of bands. This one hour long album is indeed very melodic. It also has some metallic edges. Progressiv metal, in other words.

This scene is very much overcrowded at the moment. It has always been overcrowded. Neo Prophet does not really add anything of interest to this scene and they does not stand out from the rest of the crowd.

What this band has delivered is a good hour worth of good, melodic neo-prog. And that is all they have done. I quite like this album although it does not really appeal to my brain. It appeals more to my heart. This is a good album.