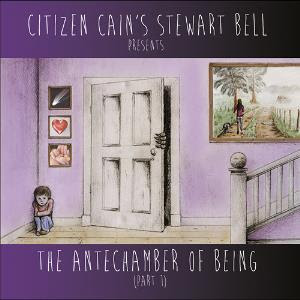 The debut album from this Scottish artist.

Stewart Bell was the vocalist in Citizen Cane for some years and has given this band their voice. After their 2012 album, he split from the band and went his own way.

He is doing most instruments and vocals himself here. He is getting help from Simone Rossetti (The Watch), Mhairi Bekah Comrie and Arjen Lucassen on vocals plus his ex Citizen Cane bandmate Phil Allen on guitars.

I have recently seen the adverts for part 2 of the The Antechambers Of Being opus. I guess I will get that one too.

We are back in the neo-prog land here. This album is far more symphonic prog than most other neo-prog albums. I would almost label this as a symphonic prog album. There is also a lot of prog metal inklings here and you get the full rock opera treatment too on this album.

The album starts really very good. The first ten minutes, that is. But the quality and my interest in this album goes a bit downhill when we get the cascades of guitars, keyboards female vocals and male vocals after a while. Rock opera, or the most overbloated form of rock opera, is not really what I like most. Parts of this album is a bit on the less quality side and has some dull moments.

Nevertheless, this is a good album and I will also get # 2 of these albums when it is released. There is hope in this project. I will live in hope.