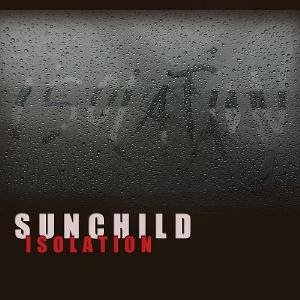 The fifth album from this band from Ukraina, lead by Antony Kalugin. He is known from Karfagen and a pretty substantial name in the European prog rock scene.

I reviewed their third album The Wrap back in October, one month ago. That was an OK album which had both it's two feet in the neo and symph prog camp. Sunchild has moved on from that album and developed into a much more mainstream rock band. That is what we get here. Mainstream rock with some grunge connotations.

The (male) vocals are pretty decent. The rest of the musicians does a pretty good job. The sound also has some electronica elements in it. The music is decent to good throughout. The title track is divided into four songs, lasting altogether twenty-seven minutes. That, the final half of this album, is the best four tracks here. The rest of the album is sometimes bordering to cringe worthy and I regard this album as a step back from The Wrap. I have not got their fourth album though. Isolation is a weak good status in my view.