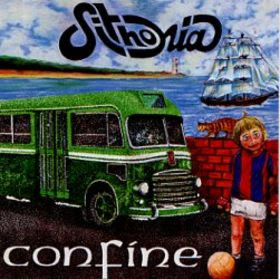 The third album from this Italian symph prog band.

After their two first albums, which were ELP (1. album) and a bit avant-garde (2. album), Sithonia went for a less complex and a much more rounded approach on this album. There is a lot of both Italian rock, RPI and some fusion on this album. Most of all, there is a lot of symphonic prog here. The songs are really catchy, driven by guitar solos, keyboards and some good vocals. The end result is by far the best album of  the three they had released up to then. What is missing is a great song or two. But this is still a very good album which has given me a lot of joy.