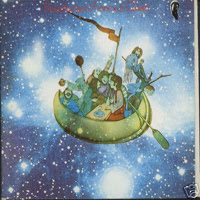 The band name is far more exciting and lively than their music. Music which is bordering to being a cure against insomnia. It is pretty difficult to follow the music here. Not at least; staying awake. But two coffee mugs into this album reveals a bit more than the very boring first impressions.

The music is very pedestrian and is performed with some woodwinds and guitars. They sporadic makes some noise in a pattern which reminds me about music. The far too exciting named first track Trobluhs el E Isch actually has a good melody line performed by woodwinds. The second track Leyenburg 1 has some good acoustic guitars over a good melody. The final two songs is filed under undefined noise.

In short; a very unimpressive album and a mistaken purchase. OK, it was purchased in a big box with a lot of other far more interesting albums. This is a decent album which may win favour among the most eager avant-garde fans who regards the invention of music as an atrocity.