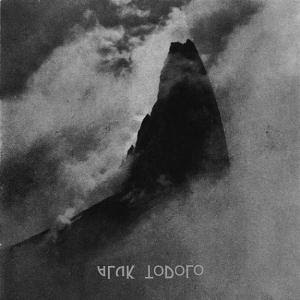 Aluk Todolo is a three piece band with members from two black metal bands. I have a record from one of them; Tumult and know the second one; Paragon International. Both of them pretty run of the mill black metal bands. They joined forces in Aluk Todolo and took a slight left turn towards krautrock and minimalism.

Occult Rock is a double CD lasting 85 minutes altogether. The album opens as a freight train in the direction of Mayhem's genre defining Mysteries Dom Sathanas from 1994. A lot of electronica and space rock then enters the fray and we get krautrock. A very brutal, heavy opening of this album. The album then become a lot more affable with long post rock like krautrock pieces. The instruments are bass, drums and a wall of guitars. The guitars sometimes gets into distortion territory. This is desolate minimalism and it really works on this album. 85 minutes is a large chunk to take swallow in one meal. Thank you for the two discs which means a pause halfway through is a good idea.

Occult rock is a very good album and perhaps a genre defining album too. The border landscapes between krautrock and black metal is a landscape which needs exploring. I would recommend this album to anyone interested in both either music styles and space rock. You may find yourself a great album.