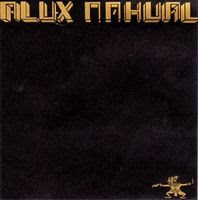 The debut album from this band from Guatemala, America. The country has a good scene and Alux Nahual released seven albums before they were disbanded.

The music on this album is a blend of folk music and classic rock. The more acoustic instruments like violins and guitars is pretty dominant here. That and bass, drums, electric guitars and some keyboards. The vocalist Álvaro Aguilar does a great job and the vocals are thankfully in Spanish. The sound is excellent and lush.

The music is full of intricate details and it has a very distinct Latin-American feel. Flamenco and Spanish guitars is not far away in this sound. This album is in need of some good to great songs. But the sound and the vocals ensure a good time with this album and a real good warmer during this cold evening. I feel a lot better now, thank you guys. This is a good album and I would not mind purchasing some more albums from this band.