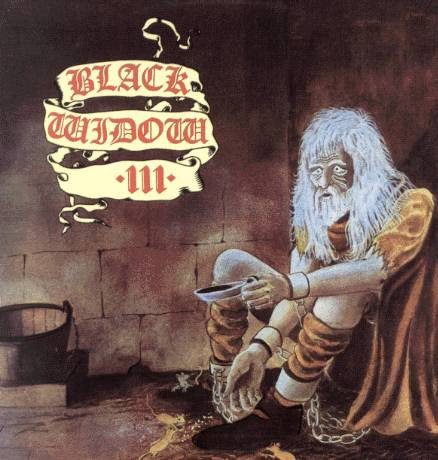 The third album from this British cult band. A band who could had been one of the greats, but fell by the wayside just when they were about to conquer the world.

III is showcasing a more melodic and proggy side of the band than their more hard rocking first two album.
The music is being performed with flute, sax, guitars, keyboards, bass and drums. The vocals are great.

Black Widow has slowed down on this album. At times, this album is even catchy. A song like Lonely Man is catchy pop. The band is almost into symph prog on both Old Man and The Battle. The Sun is almost west coast rock. King Of Hearts is approaching Focus territory. The rest of the songs are pretty good rock too.

This is a very charming album which does not scare the pets out of the living room. The quality is good throughout and the band proves that it is not a one dimentional hard rocking band on this album. They have more strings to play on than hard rock. Those into 1970s rock and Uriah Heep will really like this album. Me too likes this album despite of my usual gripe; the lack of some killer or even great tracks.