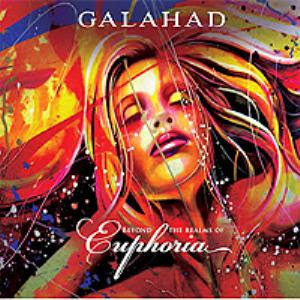 Their second album this year. An album which confirms my suspicions from the first album.

Galahad are veterans in the neo-prog genre and this is their tenth studio album. Galahad has never really had a commercial break like Marillion got. Their albums has always been good neo prog albums. So Galahad has had a look at what Muse has been doing. Not at least their sales figures. They must also have had a look at the techno scene. The result is this and the first album this year.

Beyond The Realms Of Euphoria is an integration of techno and Muse type stadium rock into their own sound. The sound has been radically altered and sounds very 2012 like with tonnes of techno rhythm structures. Unfortunate, the art of writing great songs had been forgotten in this process. This is by all means a good album. But there is no real great songs here. In this respect, their first album of the year, Battle Scars, is a much better album than this album. Neither is their integration of techno and stadium rock to my liking.

Beyond The Realms Of Euphoria is a good album and just that. I doubt I will ever play it again.