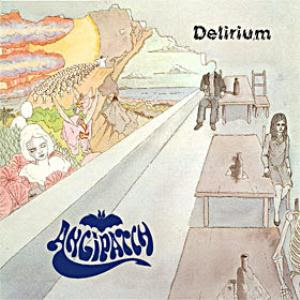 Angipatch is a curious case of a band coming in as an Ange copycat and then adopting to the new sound and sights of the 1980s. Their sound is good and the music is performed with keyboards, guitars, bass, drums and French vocals.

Ange like symph prog is the basis of this album. The band has added some pop-rock and techno from the 1980s to the sound too. The keyboards sound is mostly the plastic fantastic 1980s sound. Ditto for the vocals. The vocals are good though, but still in the 1980s delivery style. The result is a pretty strange album with some good songs and a couple of nasty forays into pop-rock in their attempt to get a following. They failed in that and split up. This is a good album though which is well worth checking out for those into French symph prog.