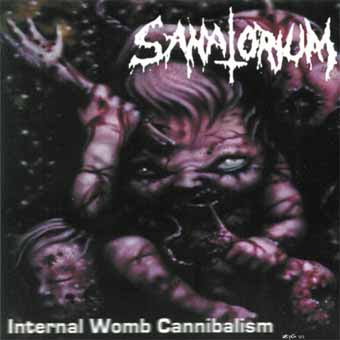 The second album from this Colombian gore metal band.

The cover art and the lyrics are shocking. The music is pretty much middle of the road death/gore metal. The vocals is extreme growls. Unnatural growls, I would say. I suspect sound effects has been applied.

Behind the shock effects and the growls, this album offers up some decent melodies and midpaced death metal. The band is not setting any speed records. Neither is the music here particular heavy. The result is an album with pretty poor quality and not really anything going for it. I guess all genres has bottom feeders and this band is on that level.