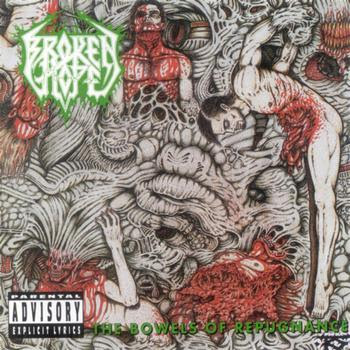 The second album by this US death metal band. I bought a box with their first four albums for next to nothing from Earache Records many years ago and has not regretted that purchase.

Broken Hope never really had the breakthrough their brethren in Suffocation and Cannibal Corpse really got. The reasons for their lack of success is pretty evident on this album. They were simply not good enough. This album starts with a sore melancholic violin and then proceed to some very dark death growls fronted mid-tempo, not particular technical death metal. There are even some outbreaks of melodies here. But the sound is pretty bad though.