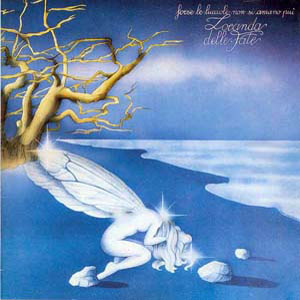 Locanda delle Fate is one of the bands who were more in the Genesis and pastoral rock mould. This album is free of any power chords and hard rock. This album is entirely focused on long, epic pastoral melodies. These melodies are performed with flutes, guitars, vintage keyboards, drums and bass. Least, but not forgotten is Leonardo Sasso's excellent vocals which floats over the music like the sun drenched an Italian valley.

The end result is one of the better albums from the Italian scene. The melodies are as lush as the sunkissed Italian landscape. Close your eyes and this music will take you there. A couple of killer tracks would had elevated this album to another level again. But I am not complaining. This is a great album from one of the minor bands in the scene.