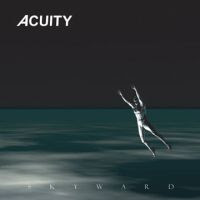 The debut and final album from this US band.

A pretty dodgy, thin vocals is the one thing that hits the listener first. The very dodgy plastic fantastic synth sound is also pretty tiresome throughout. The guitars is only marginally better. The bass and drums are OK though. In short; the band does not really cut the mustard.

There are some good melody lines scattered around. But the vast majority of the album is really poor. If feels borrowed and copied from the British scene. The similarities to the likes of Pendragon is too obvious to be ignored.

In short, this is a poor album.