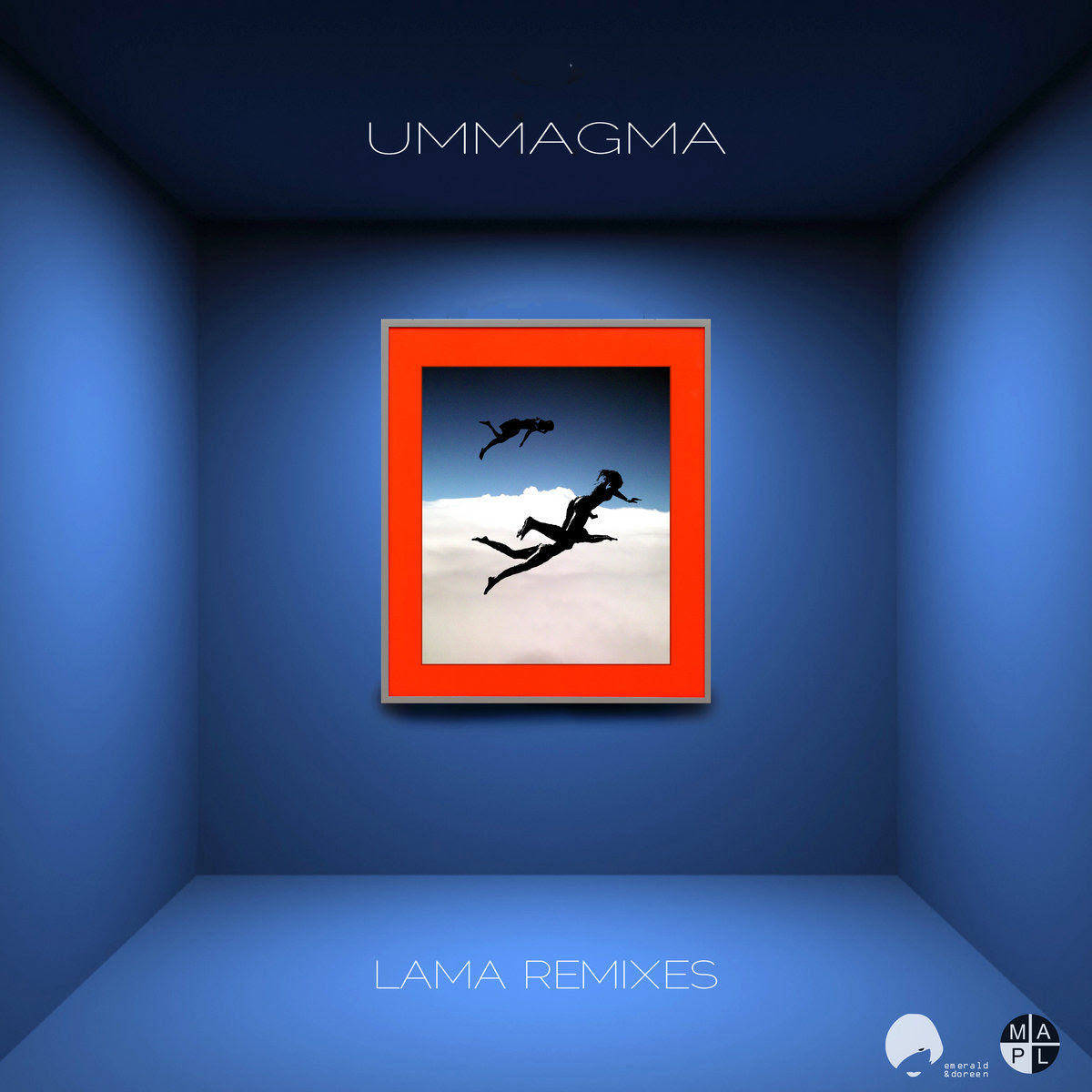 A remix album of other Ummagma songs.

For those who does not know, this two piece band, the married couple Alexander Kretov and Shauna McLarnon, has previously released the albums Antigravity and Ummagma. Both of them very good albums.

For some reasons I am far too old to understand, they felt the need to release some of the songs from them as remixes and as an album. This album.

This married couple found their world in Ukraine shattered by bullets, bombs and grenades earlier this year. The rebellion/Russian invasion in the Eastern Ukraine meant that Ummagma became refugees in Shauna's homeland Canada, the Yukon province where Shauna originates from. So hardly no promotion of Lama in between exploding bombs and low flying bullets. Life comes first. But they managed to send me a copy of this album first before they fled Ukraine.

I have to admit this type of music is not my type of music at all. It is more or less the antithesis of what I stand for. This is a house/trip hop album of some sort with Shauna's vocals in the middle of it all. This is a dance floor filler and/or a good excuse to dance like an otter in your own living room. Or perhaps like a beaver. Bushy tails up and all that.

I find it difficult to rate anything I cannot judge at all. I guess a good rating would do. Nevertheless, this is not my style so no rating here.

Check out this album yourself HERE
Posted by Torodd Fuglesteg at 21:06