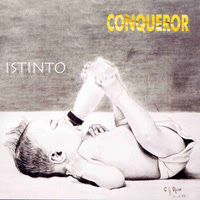 This band comes from Sicily and they are fronted by a female vocalist. Simona Rigono is her name and she also does the keyboards here. Her very good and light vocals is helped by guitars, bass and drums. I have seen a picture of her with a flute. But there is no flutes on this album so I guess that picture was taken after the release of this album.

The Italian vocals are very good and it gives the band it's own identity. The guitars are also good enough. This is indeed a good and a very creditable debut album. The sound is not the best, but that is forgiven. This is a band well worth checking out. They released their new album, their fifth album some days ago.