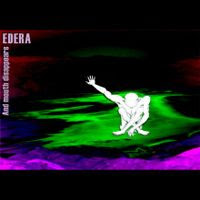 The third and so far final album from this Italian band.

I have to admit I was not particular impressed by their debut album Settings For A Drama and I have not heard their second album Apart. So my expectations to this album was a bit low, to say at least.

Edera plays a bit of a modern neo-prog with a dark, operatic male vocalist and a lot of gothic darkness all around. The music is created with keyboards, guitars, bass and drums. That in addition to these English vocals.

This fifty minutes long album offers up a mix of tender acoustic and chugging, electric guitars. The music feels as it is a concept album of some sort even though the songs here are pretty short. It is indeed a concept album. The music is dark and brooding.

The music is also decent to good throughout. Not much here is really making a good impression on me. It feels so generic, this music. Nevertheless, the band knows what they are doing and the music is very competent played. I give it a weak three pointer, just because the band sounds tight and well balanced.