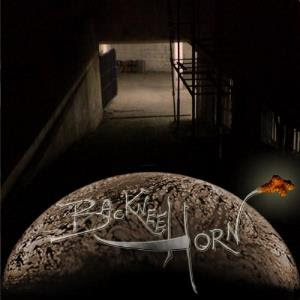 The debut album from this Israel band.

OK, I may be living in a strange world, but I did not expect krautrock from Israel. OK, krautrock has always been borrowing ideas and music from Israel and the Middle-East. Agitation Free and other German bands is a very good example of that. So it is pretty obvious my ideas of krautrock is a bit strange and very far from the truth. They were up to the day I first heard this album, that is.

The band has released four albums so far and this is their first one. The band is occupying the more hypnotic, ambient end of the scene. No blues, rock and jazz here. The compositions is full of soundscapes with some vocals inbetween. The vocals reminds me a lot about that house/dance band Faithless. The band with that massive hit Insomnia. The vocalist in Backnee Horn has borrowed a lot of ideas from Faithless and that to good effect. The very sparse vocals here is really good.

The music is created with lots of synths and Mellotrons. Yes, they use Mellotrons and that to great effect. Add some acoustic guitars, drums and bass too and you get a pretty unusual sound. A very modern krautrock sound too.

The result is a very, very good album which really bowls me over. There is no real great tracks on this one hour long album. But the ambience here and the sound is very good. The band has really something going for them.