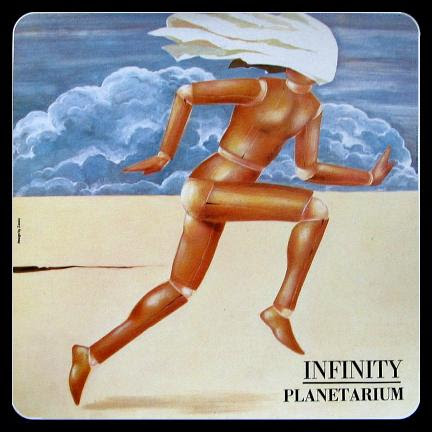 Planetarium was an Italian band whose members are not known to others than themselves. The reason was that they wanted to be an English band. So no band members on the LP and no information about the band was known. It is only after some detective work from some fans of the Italian scene that some information about this band has been found.

Planetarium's music was a bit spaced out, symphonic and pop-orientated. Take a great deal of Eloy and ELP. Then you add some Italian pop without vocals to the mix too.

The music is pretty simple and space rock influenced at the same time. A couple of the tracks on this thirty-six minutes long album is very simple and almost like Richard Clayderman at times. It is lounge-music at times. Other tracks are more Eloy like and complex.

The Hammond organ is the dominating instrument here. It is helped by piano, guitars, bass and drums. The songs are not particular good and I am really hard pressed to find anything really positive to write about this album. I rate it between decent and good as it is not hopeless. But there are better albums around than this one.