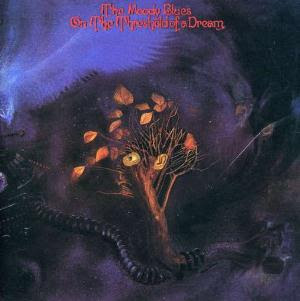 The fourth album from this legendary English band.

We are still in 1969 and the band has already released four albums since their beat music 1966 debut album. An album many regard as an oddity. It was only when the band started to mix The Beatles with classical music they really found critical and commercial success.

They creates their music with flutes, guitars, keyboards, bass, drums and Justin Hayward's very impressive vocals. Angelic vocals, that is. There is no denying that his vocals is one of the strongest sides of this band.

This album is a pretty naive 1960s album with a lot of short, but still very intelligent crafted songs. Lazy Day is a very good 1960 anthem. I fully agree with the lyrics here ! The band also showcases a lot of their affinity for classic and pastoral music on the other classic here, the mighty Are You Sitting Comfortably. A very clever song.

The other songs on this thirty-six minutes long album is not in the same class. This is a very good album though and another cracker from this band. A band which really impresses me.