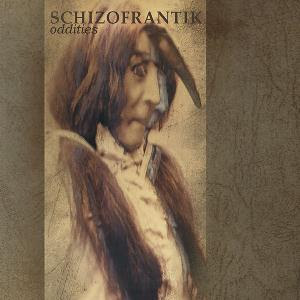 Schizofrantik is a German band and this is their fourth album. I also got their fifth album and will review it too.

Herein lays my problem. The band title says everything about the music. The music is frantic to say at least. Frantic and hyper active. Most of the music is ultra technical metallic frantic eclectic prog with lots of guitars, bass, drums and vocals. The vocals are in the nu-metal vein.

That is one part of this album.

The other part is much more melodic and has some accordion too. Very much like Porcupine Tree too. Very strange but still with a lot of nu-metal influences and eclectic prog influences.

The result is eclectic and almost impenetrable. Almost impossible to review. A very strange album indeed.

I am not a big fan of this decent to good album and I hope the album title means this is saved up oddities from the studio. I am though looking forward to listen to and review their fifth album.