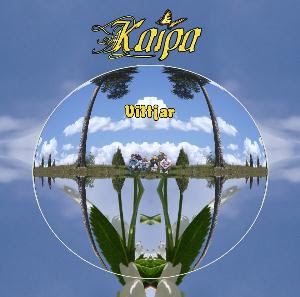 Kaipa is rightly regarded as a pioneer in the Swedish symphonic prog scene. Roine Stolt was one of the founding members and he took a large chunk of their sound and music with him over to The Flower Kings too.

Roine Stolt has left Kaipa some albums again and the band is now six piece band. The lineup is bass, drums, guitars, keyboards, whistles and vocals. Both male and female vocals. I have to say I am not that keen on either of the two vocalists here. The other musicians is good enough.

Kaipa has gone a bit native this time. Back to the Swedish folk music scene and they have adapted their symphonic prog to the folk music elements they started with on Angling Feelings.

The result is a melodic album with all the usual Kaipa ingredients. It is a good album where everyone get satisfied and perhaps the band win some new fans. I am a bit disappointed though. Nevertheless.....