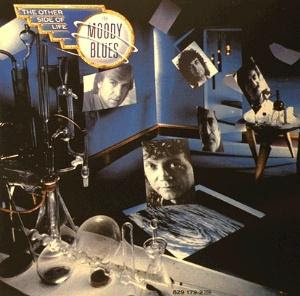 The twelfth album from these English legends of art rock and symphonic prog.

The naughty 1980s had arrived and all styles and good taste had made a runner. Justin Hayward was still at the microphone & the guitars, John Lodge playing the bass and Patrick Moraz on the keyboards. They were helped out by Graeme Edge on drums and Ray Thomas on flutes and harmonica.

The sound is plastic fantastic with a nasty synth sound. Everything was off white and off blue. The album cover says it all and it screams "Don't buy this album !!". This is the worst of the 1980s.

The music is pop-rock with no traces whatsoever of what made The Moody Blues such a great band at the end of the 1960s and in the beginning of the 1970s. This album has no redeeming features and it is a member of my collection of turkeys.