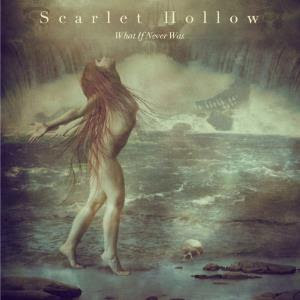 The debut from this California, USA band.

Scarlet Hollow is a new name to me. They have previously released two EPs before this album. An one hour long album.

The band is female vocals fronted. It is a four piece band too with guitars, bass, drums and keyboards in addition to these good female vocals.

Genre wise, we are somewhere between straight neo-prog and prog metal. I have seen ProgArchives labeling them as a heavy prog band. That's probably right. For me, heavy prog is more like music from the 1970s when there was a lot of heavy prog bands around. The likes of Rush etc etc.

Nevertheless; this is a modern heavy prog album. There is a lot of vocals and guitar harmonies here. That in addition to some more harder chugging guitars.

There is no real great songs here. I quite like this album and would give it a weak good rating. The band has a lot of potential and I hope they soon return with another album..... if they are still around.