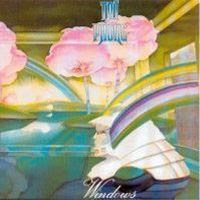 The second album from this Vietnamese - French band.

Taï Phong's self titled debut album was a symphonic prog album. They are still loosely speaking playing symphonic prog. But symphonic prog with a lot of what in 1976 was pop music. That means a lot of tears inducing, passionate vocals over some slow orchestral pop music. Very Melody Grand Prix and Euro-Pop kind of music. Well, in 1976, that is. I am old enough to remember. Soft rock, it is called today. French chanson, I have heard it is now also called.

The vocals is passionate and is backed up by guitars, bass, drums and tonnes of keyboards. The music is very mellow and has a lot of classical music inspirations.

The end result is a decent album which sometimes shows up with some good melody lines. I don't like the sound and the vocals. Far too melodramatic for my liking and far too shallow. There is not many interesting details here either. Neither is this album a total waste of space either. It has something good in it. It is a decent to good album.