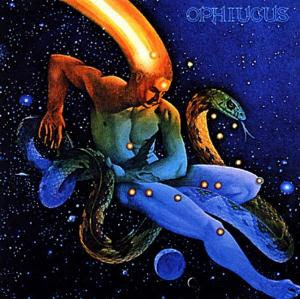 Ophiucus was a French band who released two albums in the beginning of the 1970s. This is their debut album.

It is also an album which more sounds like a compilation of some madmen's ideas. Ideas which spans from ambient to blues. From avant-garde rock to pop. The variety of styles on this album is bewildering. The quality is not particular good either. I am not sure what this band was or what was their modus operandi.

The vocalist has a great voice. The rest of the album is very poor despite of the pretty good sound quality and art work. This is an album to both avoid and forget, though.