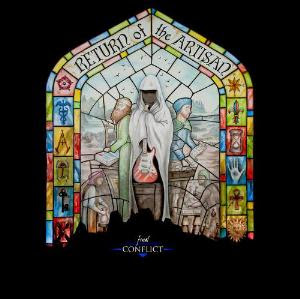 The sixth album from this British neo prog band.

There is a lot of relative unknown neo prog bands in Great Britain who has never really got the same fame as Marillion, Pendragon and Pallas. Final Conflict has been around since the late 1980s without really getting much attention.

They did not get that much attention after the release of this album either. Which is a bit of a shame because the music on Return Of The Artisan is highly potent neo prog in the good old traditional vein. Maybe that is why they have not got that much attention.

We get nine medium long tracks on an album clocking in on one hour. The music is performed with keyboards, guitars, bass and drums. That in addition to Andy Lawton's very good vocals. So far, great.