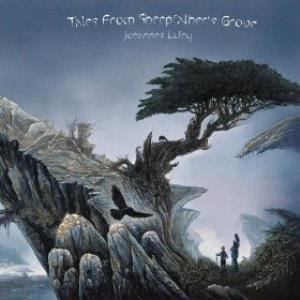 The debut album from Johannes Luley, the ex leader of the critically acclaimed US symph prog band Moth Vellum.

Johannes Vellum is a multi instrumentalist and guitarist. He has hired in three vocalists, two male and one female + a harp player for this album. An album which comes across as a crossover between folk prog and symph prog. The music is sometimes bordering to new age with some celtic prog connotations too. The sound is light and flowery. It is pretty soothing for frayed nerves.

The music is also a mix of long instrumentals and songs. Creating a mood is one of the main themes here. That more than writing effective, great songs and/or melodies.