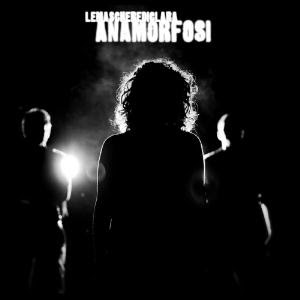 The debut album from this Italian avant-garde band.

Not to be confused with their countrymen La Maschere Di Cera, this band is an altogether different kettle of fish. Le Maschere Di Clara is a very noisy band which attacks the listener straight into their faces. They have taken a lot of the punk rock mentality and added that to their mix of avant-garde folk and Italian progressive rock and theater music.

The bass is harsh. Ditto for the vocals. The violins is at times disharmonic. Ditto for the piano. The music is mostly aggressive with sporadic outbreaks of nice melodies in between. Actually, this mix is 50/50 between dissonance and harmonies. The band also takes the best from the likes of Area and absorb this into their own music.

Anamorfosi is a distinct avant-garde album which should also appeal to the Italian prog rock fans. I like what I hear. My only gripe is the lack of some great melodies and ideas. This is still a good debut album which deserves a lot more attention than it has got. Check it out on the link below.