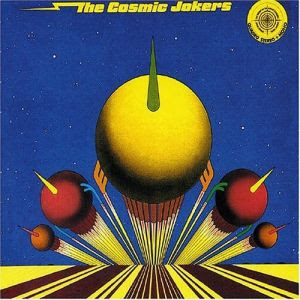 The debut album from this German band who went on to releasing five albums.

The Cosmic Jokers was more a collective of musicians than a band. Just like Amon Duul I and II, then. The music is krautrock too and it was created through LSD trips, if their biography is to be believed.

The LSD trip that created this, their first album was evidently not a good LSD trip. I am tempted to say the trip was more like a trip on sleeping tablets than LSD. But this album is not that ambient new age. The music is spaced out and in touch with the martians. But the ideas banded around in outer space really never develops into good melodies and coherent music. The ideas is not bad, though. It is not a good album for a stone cold sober reviewer whose only drug is black coffee. This album still has some of the qualities of a good krautrock album from the 1970s. But not enough quality to cover the full album, though.