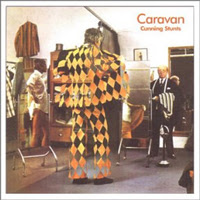 The sixth album from these Canterbury scene masters.

I don't really know the background for this album. So interesting stories, then. The music is a deviation from the ususal Caravan pop-jazz fusion their previous albums had. The sound is very American and AOR. The songs are also a mix of their usual pop-jazz and AOR. A pretty OK mix and the musicians does a good job here with this big American sound. A sound not particular good, though.

The same can be said about the quality of the songs here. An eighteen minutes long track called Dabsong Conserto falls pretty much flat on it's face. This album is somewhat good when the band goes back to their usual pop-jazz and becomes proper Caravan again. The sound is all wrong and the songs are sub-standard. This is a decent album and nothing more than that. It is so far my least favorite Caravan album too.