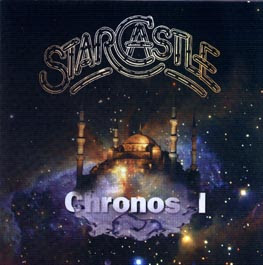 This album is not a studio album. It is a compilation of alternative songs and left overs dug out from the archives.

Maybe they should have remained hidden in the archives. The reason is that the band falls into the Yes copycat trap on these songs. They are very unflattering and damaging to Starcastle's reputation. The band always balanced on a fine edge between being a Yes copycat and being an independent band with their own sound. Something they are not on Chronos I.

The songs are not too bad though. But this is still a Yes album in all but the name under a different name and that is not something I paid for when I paid my money for this album. Hence my one pointer for this album.