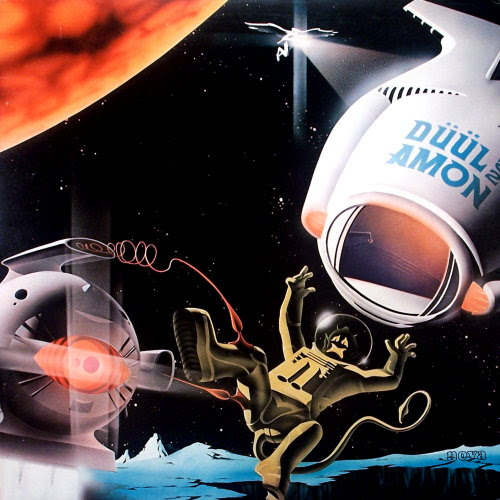 Their seventh studio album from these German krautrock pioneers.

If we by krautrock means spaced out music, there is not much krautrock left in this band. Hijack is a move towards The Beatles anno Revolver and most of Jefferson Airline and Velvet Underground's outputs. Weird spacy pop music with a German twist. There is also a lot of cabaret music in this album.

The band use mostly male vocals here and the vocals are in English with some German accents. Some female vocals is helping out the male vocals. The instruments are the usual keyboards, guitars, bass and drums.

The music is decent throughout. I am missing the good old krautrock stuff from this band and is not happy about their move towards a much more commercial pop/rock sound. This album though is pretty typical for Amon Düül II and the German music scene back in 1974. It is not a scene I understand. This is a decent album, nevertheless.