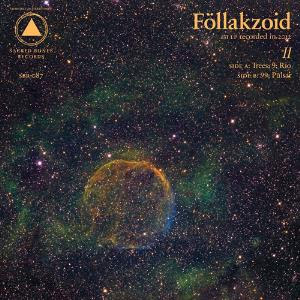 Chilean based cosmic music band is what this band label themselves as. Which is true enough at this, their second album. They have also released an EP too. More on the link below.

The result is a pretty good album which does not quite delivers what it promise. The songs are pretty good and that's it. I like their sound though and I give them a belated good award. Check them out yourself.