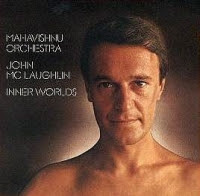 Their fifth album and sixth recording when what later was released as The Lost Trident Sessions in 1999 is included.

Mahavishnu Orchestra was a great, great fusion band on their first four studio albums and the great Between Nothingness & Eternity live album. Their music fast and furious fusion. They are easily among the best bands from the 1970s. They also released, make that unleashed this turkey too.

The first ten minutes contains some good fusion. It is a false dawn though. The remaining half an hour contains some jazzy disco-pop which can only be described as horrendous bad. It is so bad it is impossible to listen to the very over the top vocals here with a straight face. I don't know if I should laugh or cry. Cry because I have spent money on it. Laugh because the music is so bad and so outdated.

This album is a true turkey. Avoid.