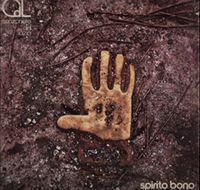 Their third album and my first and probably only visit to their world.

Canzoniere del Lazio was an Italian band who released five albums between 1973 and 1978. They are listed as a folk rock band many places. The music that comes out of my speakers are RIO though. A bit folk rock influenced RIO though. But still chamber orchestra RIO. A bit like Aranis meets Flairck. And Flairck is a good reference to this album.

This fifty-five minutes long album is split in four suites and they are pretty good with some good melody lines. I cannot say I enjoy this album as much as I enjoy most other RIO albums. It is too one-dimentional for that. It lacks a bit flair and teeth. The music here does not speak to me. It is a good album though and well worth checking out.