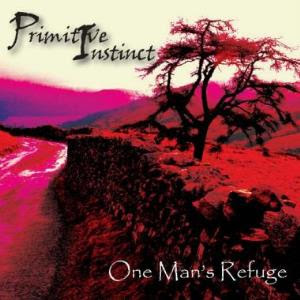 The fourth album from an English band who has been around since 1987 without really making any impact or earth shattering albums or songs. Which makes them 25 years old at the time of the release of this album.

We are talking neo-prog here in the vein of Marillion, Pendragon and Pallas. The music is very much 1980s neo prog and the time has stood still since then. OK, this type of music now sounds very much like 2012 again due to the recirculation of old ideas and sounds in the music scene.

The instruments is the typical neo prog setup. Keyboards, guitars, bass, drums and vocals. The vocals is really good on an album which comes in two halves. The first half of this fifty-five minutes long album is pretty dire and it makes me cringe more than once. From the half way song End Of The Day, the album really becomes a lot better. No Way is actually four great minutes with a catchy, infectious tune. Yes, it sounds like the mad 1980s. It is still a great song. The final two songs Still Finding My Way and Regrets is also very good for other reasons again. The reasons is that they are both complex and rich in textures. Good melodies, too.

The end result is a good neo prog album with some lows and some highs. I am afraid this is not really for me. But it is still worthy checking out as it is streamed at Progstream.