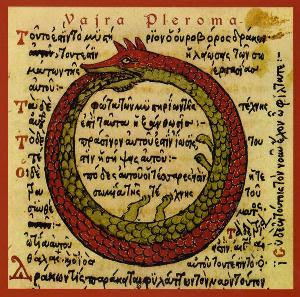 Vajra is Annamaria Pinna's project and is heavy influenced by her stay in India. Vajra was sold to me as the next big thing in west meets east fusion.

Vajra is really female vocals fronted art rock & neo prog with some eastern/India influences. Think Touchstones and Panic Room with some Indian influences. You have the typical keyboards, guitars, bass and drums setup backing uo Annamaria's very good vocals and some Indian instruments infrequent scattered around. That is all to this exciting east meets west project. It is like a Glasgow invented curry on a late Friday night. Most of the Indian curries which is eaten in the Western world was invented in Glasgow. That's Glasgow in Scotland, United Kingdom. That's where I am now, btw. I am not in India and Pleroma is not an Indian album. Pleroma is fifty minutes with commercial and easy accessible music which is not taxing on anyone's heads in Europe and America.

When that is said, the music on Pleroma is really good. It is a bit on the heavy side as in prog metal though. I am not a big fan of female fronted neo prog. But this album is going down well in my place. Which reminds me that I should really get myself a curry tomorrow night. Long time since the last time I have had this Glasgow culinary speciality.