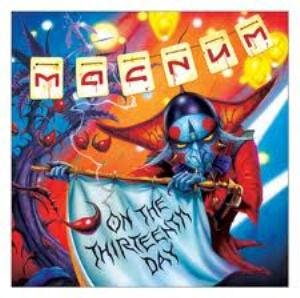 I have never been a fan of this pomp rock band. A band who had their most successful days at the end of the 1980s where they toured with Iron Maiden and other bands in the British heavy metal scene. A scene they really not fit into.

I have never really given them much attention either, to be honest. Maybe I am missing out on something great here. This album shows a lot of promise. It also has some really good songs too. Yes, their material is pretty cheesy and entirely verse-chorus-verse based. The vocals are great. The music is based on guitars, keyboards, bass and drums. Most of the songs though are good to great. The title track is a great song though. The same goes for So Let It Rain. The rest of the material is mostly good and shows a band who really knows their pomp rock formula. This album has gone a long way to improve Magnum's image in my eyes.