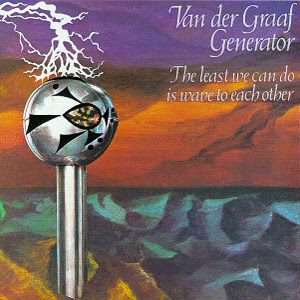 1970 was a good year for music. Some of the greatest albums of all time saw the light that year. One of the more unknown genre setting albums from that time is this album, the second album from this band. It is really the first true Van Der Graaf Generator album though because it featured the well known Van Der Graaf Generator sound. A dark, gloomy pastoral sound.

This album includes and indeed starts with two classic Van Der Graaf Generator tracks. Darkness and Refugees is two excellent tracks. White Hammer too is a very popular track from this album. But my favorite track is the closing track After The Flood. An epic elleven minutes long track which has all the hallmarks of their classic A Plague of Lighthouse Keepers from Pawn Heats.

In short; this is a great album and is a safe purchase from one of the best progressive rock bands off all time.