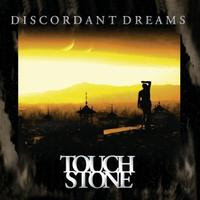 The debut album from these English proggy hard rockers after the very good Mad Hatters EP from 2006.

Touchstone's sound is pretty hard edged and is touching into prog metal. I still would not label them a prog metal band though. Not even this album which I feel is their hardest album. Hard rockers is a better label on Touchstone than prog metallers. The band is also unique in using both male and female vocals. Something that gives the band it's own identity. The slightly dark symphonic sound also adds a lot to their sound.

My gripe with this album is the lack of quality in the songs here. The title track is great. The rest of the songs shows flashes of greatness, but not enough to create a fire. But I still like this album a lot. It is a good album.