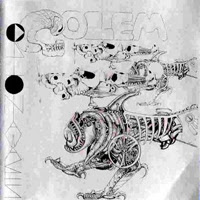 Another German band with only one album before they disappeared for good.

Orion Awakes is another fine krautrock album. Or rather space rock album with a lot of interesting rhythms, improvised guitar playing and repetetive themes. There is also a lot of fusion on this album. Krautrock in other words.

Although this album by no means is a great album, it reminds me why I really like krautrock. Instrumental hypnotic space rock with a lot of fusion is something I really like. If it had included some great tunes too, I would had been even happier. But this is still a very good album.