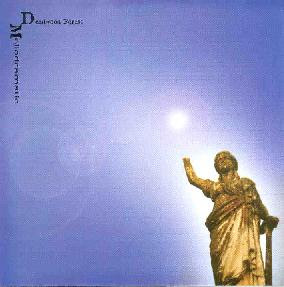 Mellotron. That is an instrument which set the sound in the progressive rock scene in the 1970s.

Mellotron is what you also get on this album. A lot of it, to be precise. This US band has copied the mellotron sound from King Crimson and created their own songs with it. Music wise, Deadwood Forest is somewhere between Anglagard, King Crimson, Pink Floyd and Moody Blues. The sound is very warm and well.... there is no denying that the mellotron is an essential part of this album and that you really have to like this instrument to like this album.

Songs wise, the band has come up with a lot of very good melody lines and songs. This album is full of small interesting details. Yes, this album is a retro prog album which will really appeal to everyone who loves the 1970s. But this album really stands on it's own feet. But this album is still lacking a couple of great songs and that is a let down. But it is still worthy a purchase.