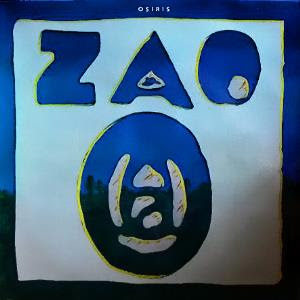 A French band who came out of the zeuhl scene in the shadows of Magma. Osiris is their second album and I vaguely remember I liked their first album. I went ahead and purchased all their albums though.

Although Zao is nominally a zeuhl band, they are far more jazz rock on this album though. The final Soft Machine album, Weather Report and other jazz rock bands is what I compare this album with. But there is still a lot of zeuhl in their sound though. A lot of Magma references.

The music is good throughout without really neither impressing or engaging me. I happens to like their kind of music by default. But the music on this album is suffering from being too anonymous. The only thing that really engages me is the use of violin and woodwinds. The melodies is a bit one dimentional.

This is a good album though which tries to reach my heart. But it barely gets under my skin and then full stop.