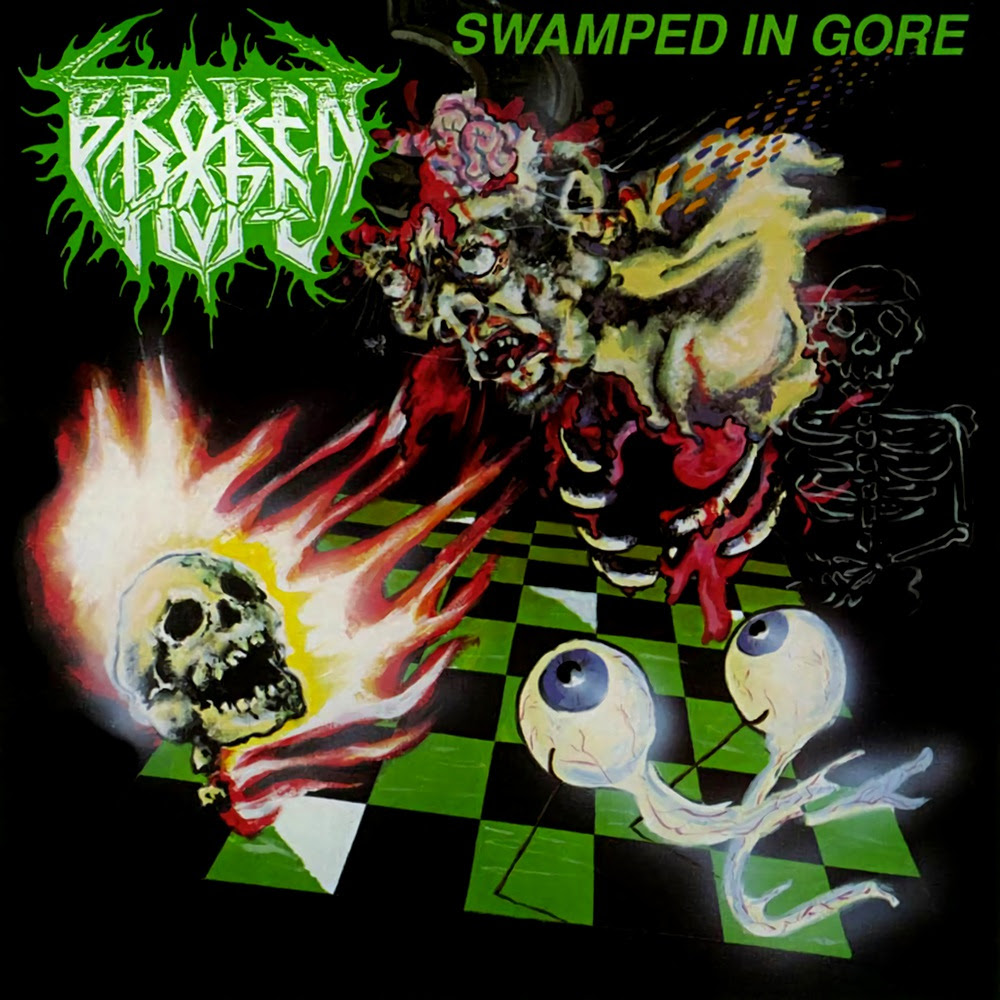 Broken Hope was a fairly successful US death metal band who released five albums, but never really had any breakthrough. They were in the second or third class of death metal bands, well behind the likes of Cannibal Corpse, Deicide, Morbid Angel and Suffocation.

Their debut album Swamped In Gore is mid-paced death metal album with growls vocals. The music is not particular crushing brutal. Neither is it melodic either. It is mired in the middle of the road death metal land. No risks are taken and no great tracks can be found here. The sound is very good though and the musicians does a competent enough job. This is reassuring death metal anno 1991 and that's all, really. A decent album it is.