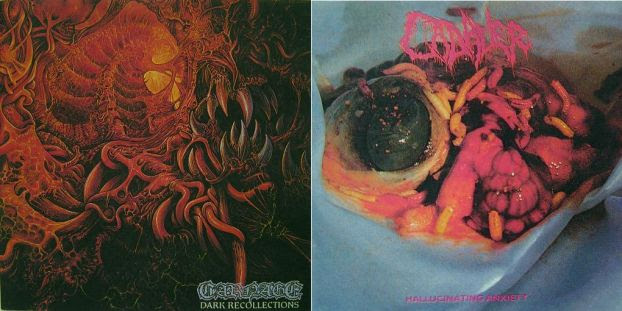 Split CDs has a bit of a reputation and is not the best way of presenting bands. But this split CD on the other hand is one of the classic split CDs. I would also argue; one of the most significant split CDs of all time too and a must have for all death metal fans.

Cadaver from Norway delivers some really good traditional death metal on their  Hallucinating Anxiety album. But they are very much second best here.

I really likes this split CD. Death metal though is no longer my favorite music and the points awarded reflects that. This is still an enjoyable listen although the sound is a bit substandard.