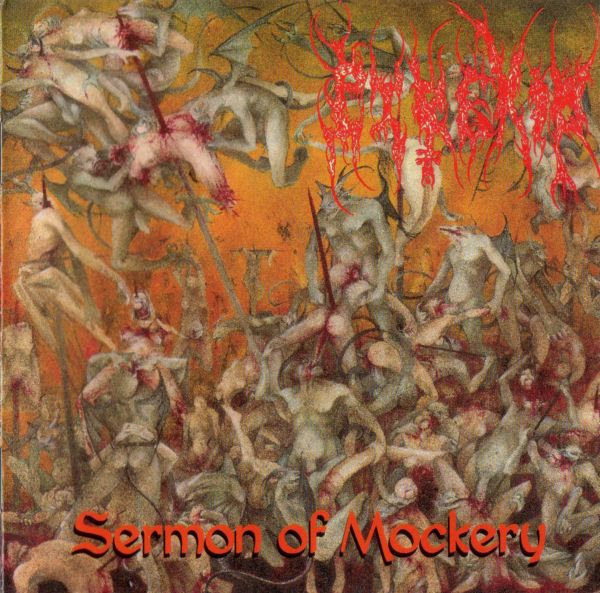 Their debut album, first released on Drowned Production and re-released many times over by other labels.
The band is still active, from what I have heard.

Sermon Of Mockery is a semi-classic album in the death metal scene. The music is brutal death metal too. Crushing brutal, it is too. The vocals is growls and the sound is the typical US death metal sound. Dry and almost dehumanized.

The result is a decent death metal album who does not really wash in today's scene. Or in my own opinion, that is. It is nice for a short period, but I get bored pretty easily by this music.

Brutal death metal without any value added. But still a decent album.