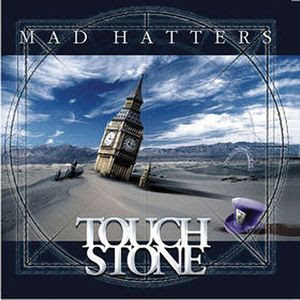 The debut release from this English art-rock band.

I really liked their latest album The City Sleeps and I was more than happy when the rest of their albums arrived as promos. For once, I was happy to forego the ban on promo albums. A ban still in place btw.

Touchstone announces themselves in this scene with four well crafted heavy art-rock songs. They can be compared to Asia and some more hard rocking bands. They are most definate a part of the newer art rock scene in England which has made a solid impact on both the charts and in the music press. With good reasons, in my view. Touchstone is a seriously great band.

The longest song, the title track, is clocking in at eight minutes. This band really knows the art of composing intelligent songs. An art that not many bands in the scene master. The sound is excellent. So is both the musicianship and the vocals. The vocals is both male and female. My usual gripe is the lack of a superb song. But that is my only gripe on a twenty minutes long EP that promises a lot. It is most definate worth a purchase. The new remastered 2012 version also comes with some extra live tracks, btw. But I have exluded them from this review.