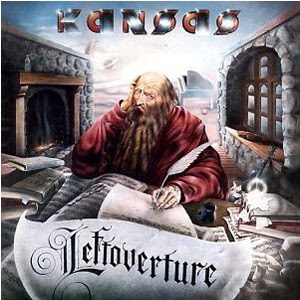 This six piece band had settled down to the classic lineup of violin, bass, drums, guitars, keyboards and vocals. That and lots of vocal harmonies.

With their mix of US folk music/americana/country and English symphonic prog, the band developed their own, very distinctive sound on the previous three albums. Three very interesting albums.

It band opened up their sound and music in full bloom on this album, though. An album starting with their greatest hit and a soon-to-become-an-US-classic-song Carry On Wayward Son. A great song by all means. Even a brilliant song. OK, I will go for brilliant here. It does not need any more introductions.

But the album is not only about this song. This album has got a lot of other great stuff too. Even the closening nine minutes long Magnun Opus. That is my second favourite here and a fully blown symphonic prog piece.... with country'n'western violins and all that.

In short, this is a great album and one every prog rock fan already got in their collection. If not; get it.