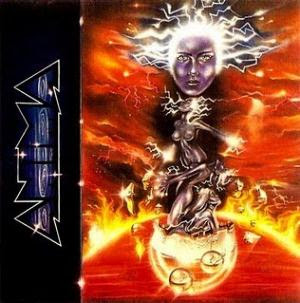 The debut album from this Brazilian band who went on to release two more albums.

I reviewed their second album Singularities here for ProgArchives back in 2011. I quite liked that album. So I got their two other albums too.

Anima Dominium was a five piece band on this album with a lineup of bass, drums, keyboards, guitars and vocals. Both male and female vocals. But mostly male vocals. The vocals are in English with one exception. That exception is vocals in Latin. A much underused language in this genre.

The genre is some sort of progressive rock. Symphonic prog, in fact. This although a couple of the songs are in the pop/rock mode. The four other songs on this forty-five minutes long album is a mix of Pink Floyd and Genesis.

The quality is decent to good throughout. It is actually has a good sound too. Most of this album sits well with me. This is a more than acceptable debut album from the dark age of the history of prog rock where nobody was listening to progressive rock. Check out this album.